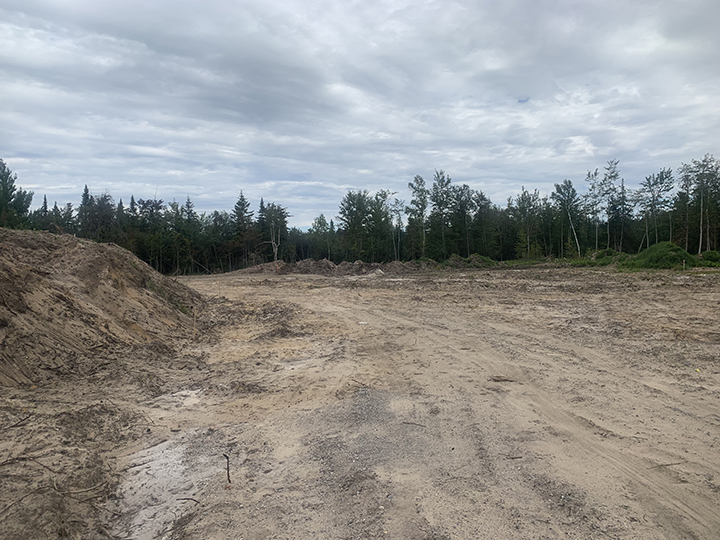 News Photo by Steve Schulwitz There has been little to no activity at the site where a new jail will be built in Alpena County. A snafu with a vendor for prefabricated portions of the building has put the project about two months behind schedule.

ALPENA — An unforeseen issue with a vendor hired to produce a pre-engineered jail building for Alpena County has caused the project to fall behind by about two months.

However, those involved with the $11.4 million project said the issue seems to be resolved and, once construction begins, the delay time should be cut in half before the end of the year.

At a county Jail Committee meeting on Tuesday, Granger Construction Senior Project Manager Todd Butler said the county signed a purchase order for the metal, prefabricated building with Metallic Building Co. from Houston, Texas to save money on sales tax. Butler said that, because of a busy construction season and other reasons, Metallic Building took longer than expected to submit its design plans and production of the order.

However, Metallic Building has now committed to a schedule, which includes the design plans due before Aug. 27.

“We aren’t necessarily happy with the level of service we have gotten to date, but they have committed to a schedule,” Butler said. “There was some back-and-forth during the design where we lost our production slot. The timeframe where they are responding with their design documents and drawings is less than favorable for this project and the sole source of why you don’t see anything happening on site.”

Butler said that, when construction begins, the project will be about two months behind. But, if things go as planned, about a month can be made up and the new jail should be completed in September of next year.

At a county meeting last month, the county Board of Commissioners considered taking legal action if it didn’t get more correspondence and cooperation from Metallic Building. On Tuesday, Commissioner Bill Peterson said that is no longer on the table, as long as the company sticks to its new commitment.

Butler said the plan is to have a good portion of the facility enclosed late in the year and to work throughout the winter on the project.

Peterson said the county has done whatever it can to keep the project within budget. He said the county saved $25,000 by not having to pay sales tax on the purchase from Metallic Building and another $25,000 revenue was generated from lumbering off the property on M-32 where the jail will be built. 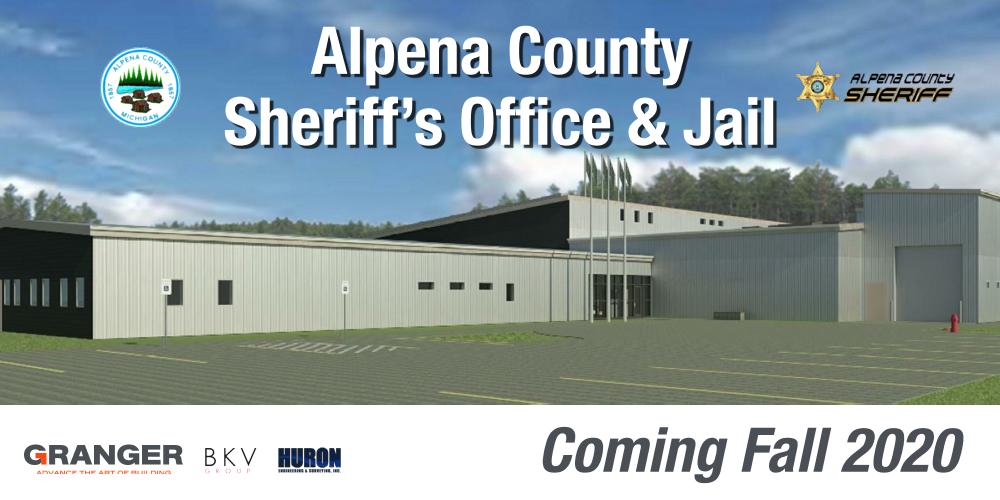 “The county has been adamant about doing this within budget and not having to go back to taxpayers,” Butler said. “We all want to get this project done for the amount taxpayers have approved, and we’re sticking by that.”

Although there is little activity going on at the construction site, county Sheriff Steve Kiwliszewski said there are things going on behind the scenes to prepare staff for the transition to the new jail.

“We’re in the process of developing new policies and procedures for the new facility,” Kieliszewski said. “So, on our end, while there may not be any construction taking place, there is a ton of internal stuff going on.”

Marty Thomson, who has only been a commissioner for a few months after being appointed to replace Kevin Burr, has been able to see the project from both a resident’s view and a commissioner’s view. He said he understands the concerns some may have about the delays in the project, but he said a lot of his concerns were eased when he learned more about what is taking place and what the path forward is.

“I’m pleased with what has been done,” he said. “This is a little bit of a snafu, but I have a lot of confidence in what Granger has put forth. I think taxpayers can rest assured that, even though this had a rocky start in the beginning, everything’s been vetted, and I think we’re in good shape. I hope that in three weeks we’ll see some digging going on.”

News Photo by Steve Schulwitz There has been little to no activity at the site where a new jail will be built in Alpena County. A snafu with a vendor for prefabricated portions of the building has put the project about two months behind schedule.