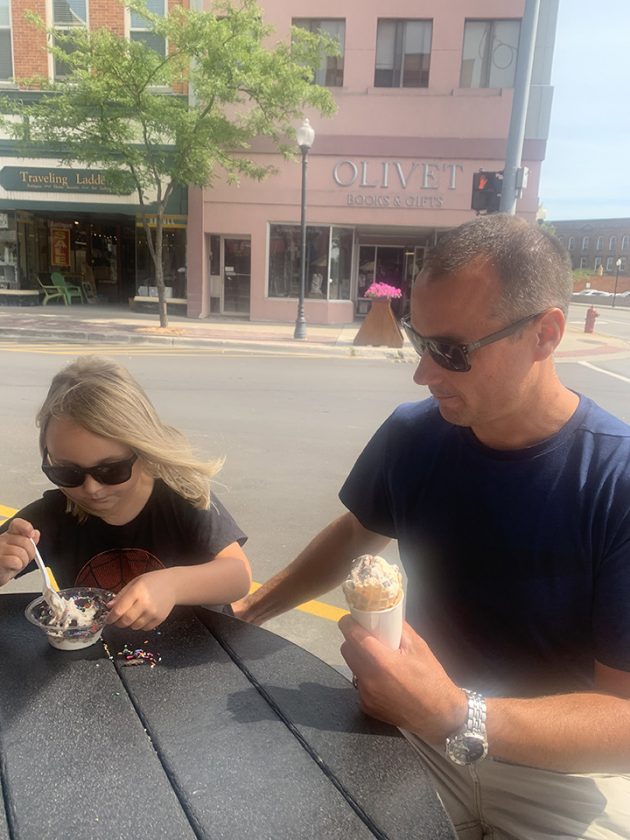 ALPENA — The tourism season started out slowly this year, but has since rebounded in a big way, according to Alpena tourism officials who expect the number of people visiting from out of the area to continue to be strong through fall.

Each tourism season has its own challenges, but, this year, there were two factors that stalled the vacationers’ enthusiasm early in the summer.

Alpena Area Convention and Visitors Bureau President Mary Beth Stutzman said people were hesitant to travel because many had children who were forced to attend school longer than in years past after unusually large numbers of snow cancellations. Also delaying travel was weather that wasn’t up to par with a normal year.

Despite those two factors, Stutzman said, tourist activity picked up big time once school was released and the warm weather moved into Northeast Michigan.

“These things were beyond anyone’s control,” Stutzman said. “It was cold and rainy into June, but, once July and August hit, we were able to make up for the slow start because they have been so busy.”

Alpena Downtown Development Authority Executive Director Anne Gentry said small businesses downtown were feeling the pinch because the rush of tourism traffic was slow to arrive. She echoed Stutzman about a dramatic jump in activity once school was out and the heat arrived. In fact, Gentry said, several downtown businesses owners have told her they have enjoyed some of their busiest days ever after the disappointing start and newly opened businesses exceeded expectations for their first tourism season.

“I observed a slower start and I heard it from businesses, too,” Gentry said. “There just wasn’t as much summer activity as there normally is in June. Come July, downtown was packed, even on Wednesday night, and all the parking was filled, restaurants had wait times, and there were people everywhere.”

The number of visitors continued to be strong during the Michigan Brown Trout Festival and the Alpena County Fair.

Gentry said she expects that to be the case for fall events such as the Sunrise Suds Tap Takeover and the Chowder and Chili Cookoff this fall. She said a pair of return visits this year by the Great Lakes cruise ship M.S. Hamburg should also add to the number of people in Alpena, even if for only a half a day or so.

Stutzman said the CVB has promoted fall tourism for several years, which she believes is helping to lure people to the area later into the year.

She said the fall of 2018 saw an increase of 4% in the number of people who spent the night in town, compared to the same period in 2017. Stutzman said the CVB uses several means to get information about Alpena into the hands of potential visitors: Television has played a big role, as have publications which have done features on the area. There has also been a steady parade of travel journalists, bloggers, and videographers to come to Alpena and share it with their audience.

“Our successes that we see today are fruits of efforts that were started a number of years ago,” Stutzman said. “Fall is becoming a very strong second season for us, and that’s good, especially if you’re a tourism-based business. The 4% increase last year was nice, but we are expecting another increase this year.”