The kids are all right

Goats steal the show at the fair 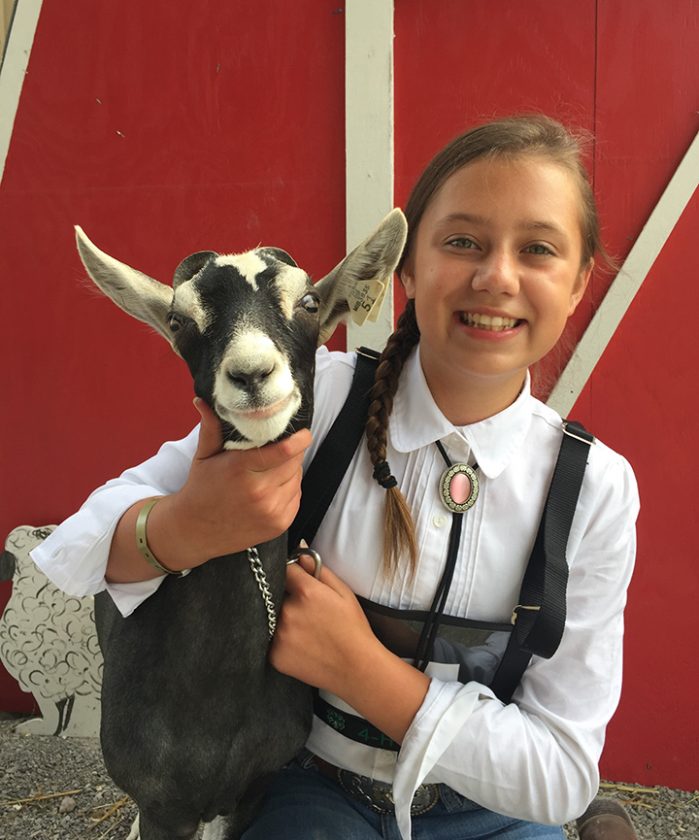 Confident young people in crisp white shirts presented their animals in a hay-strewn ring, walking them in circles, adjusting spindly legs to the proper goat stance, and radiating poise as a judge evaluated them in the showmanship class.

While youth in market class are judged on the quality of their animal, showmanship is all about demonstrating what the handler can do, Kiera Werth, 13, of Alpena, explained.

“It’s showing off the best parts of the animal, but it’s also showing us off, showing that we can do all this stuff,” said Werth, who took the second-place trophy in her age division with her alpine goat, Baxter.

It was the first year before the goat judge for Werth, although she is a long-timer at the fair who has shown pigs for several years. Her animals took sixth in showmanship and fifth in market class at Monday night’s hog show.

Werth decided to show a goat when she attended a meeting that sparked her curiosity. She spent time researching the animal, teaching herself body parts and what to expect at a show.

Werth has been working with Baxter since he took up residence at her dairy farm in April, when he was about a month old. She uses carrots, broccoli, and cauliflower treats for her training routine.

“To get him to learn to walk and stuff, I feed him animal crackers,” Werth added.

Goats are social animals, Werth said, and she made sure Baxter had a companion goat on the farm to keep him company. She worried that he might be lonely when he had to come to the fair without his buddy, but the other animals in the goat barn have done a good job keeping him company, Werth reported.

She plans to sell Baxter at the market sale on Friday.

Sheep and alpacas were also on the schedule in the show barn Tuesday, with a health fair for the humans in the afternoon and comedian Jason Douglas at the grandstand in the evening. Highlights of Wednesday’s schedule include rabbit and horse shows, a draft horse pull, and the start of the carnival at noon.

Today at the fair

∫ 7 p.m. Draft horse pull, $5 per person at the grandstand