Quick-thinking resident may have saved home from fire 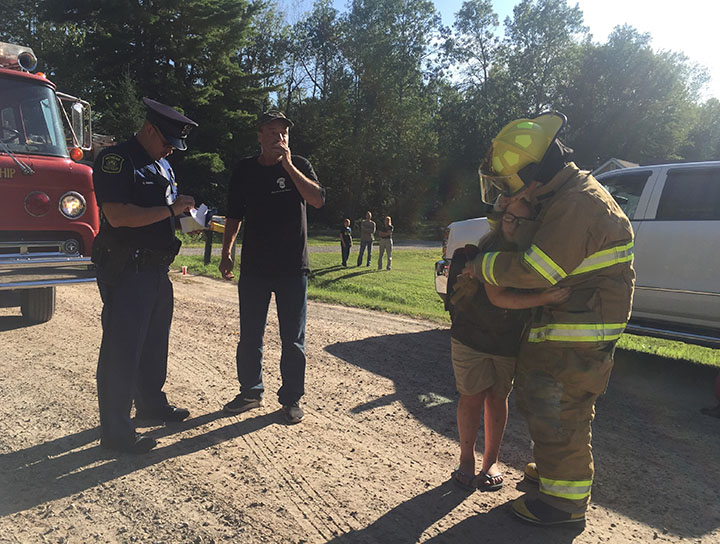 A homeowner and his daughter are comforted while firefighters put out a fire in their home on Lay Road in Alpena Township on Monday. Nobody was hurt after the homeowner, arriving home to smoke and heat coming from his house, quickly closed the front door and called 911, thereby minimizing damage by reducing the oxygen available to allow a fire in his living room to spread. Alpena Township firefighters responded quickly, dousing the fire — which seemed to have started around the home’s entertainment center, according to Lt. Chris Stephens of the township’s South Side station — and clearing the home of smoke. The heat was enough to melt the home’s smoke detectors, Stephens said, but the physical fire damage was limited to the living room because of the homeowner’s quick thinking.