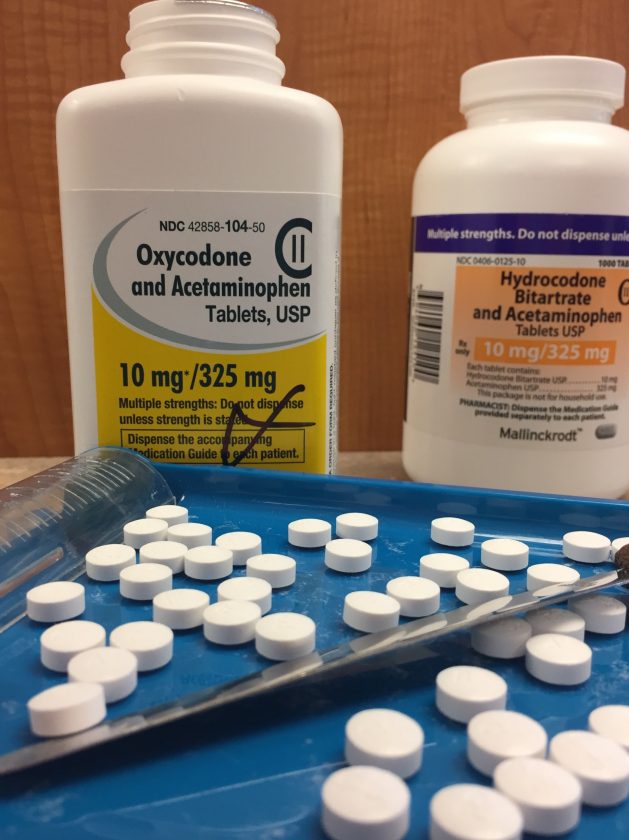 CORRECTION: This story has been updated to reflect that Montmorency County was one of the highest per-capita recipients of opioids in Michigan between 2006 and 2012. The county’s ranking was unclear in an earlier version of this story.

ALPENA –Three Montmorency County pharmacies received over 4 million prescription pain pills between 2006 and 2012, enough to provide 61 pills per year to each resident in the county.

A database recently made public by federal court order provides county-by-county data about each distributor-to-pharmacy shipment of oxycodone and hydrocodone, two key medications of the recent nationwide opioid epidemic.

Montmorency County was one of the highest per-capita opioid recipients in Michigan between 2006 and 2012, the data showed. During those years, the abuse of opioids was steadily climbing its way to become an epidemic that has killed more than 200,000 Americans since the 1990s, according to the U.S. Centers for Disease Control and Prevention.

The recently released database from the Drug Enforcement Administration, tracking every pain pill sold in the U.S. by manufacturers and distributors to pharmacies, was kept from the public until it was ordered released by a judge in July — despite protests by pharmaceutical companies — after a year-long lawsuit by the Washington Post and HD Media

An analysis of the data revealed what pharmaceutical companies had been trying to hide: a more-than-50% increase in distribution from 2006 to 2012, with a total of 76 billion pills distributed to American pharmacies during those seven years.

Almost 20 million pain pills flowed to Northeast Michigan in the seven years analyzed by the Post. In Alpena County, 49 pills per person per year landed in local pharmacies. Lower numbers were logged in Alcona and Presque Isle counties, at 26 and 27 pills per person, respectively.

Ogemaw County, adjacent to Alcona County, was the hotspot in the state, with its pharmacies receiving more than 19 million pain pills in those seven years, enough for 125 pills per person per year.

Recent lawsuits by a multitude of states — including Michigan — and communities against major pharmaceutical companies, including giants Johnson & Johnson and Perdue Pharma, have shined a light on a national concern that dangerous medications are being pushed to create profit at the expense of human life and health.

Several downstate Michigan communities have joined the fight against the makers of opioids, seeking damages for creating a public health crisis by creating and promoting addiction to opioid pain relievers.

In the same period, deaths by opioid overdose in Michigan have risen steadily.

Prescriptions in Alcona and Presque Isle counties dropped by 42% and 40%, respectively. The prescription rate in Montmorency County, which had the highest influx of opioids before 2012, dropped 37% in 2018, a reduction of 662 prescriptions per 1,000 residents.

Doctors, pharmacists, and insurance companies have worked jointly to bring opioid prescription numbers down, according to pharmacist Jaime Cadarette, of Le Fave Pharmacy in Alpena. New insurance company regulations limit coverage on opioids, complementing the positive effects of a state-launched tracking system that deters overprescribing by physicians to keep unnecessary pills out of home medicine cabinets.

A new policy at Le Fave prohibits opioid refills earlier than two days before the actual refill date, Cadarette said. She has noted a definite decrease in the number of opioid prescriptions being issued, with doctors calling the pharmacy to ask about other pain relief treatments and promoting options such as topical pain relief cream and CBD oil to reduce the need for stronger pain relief.

Total number of opioid pain pills prescribed from 2006 to 2012 in each county: