Lincoln native exemplifies ‘we build, we fight’ legacy of Seabees 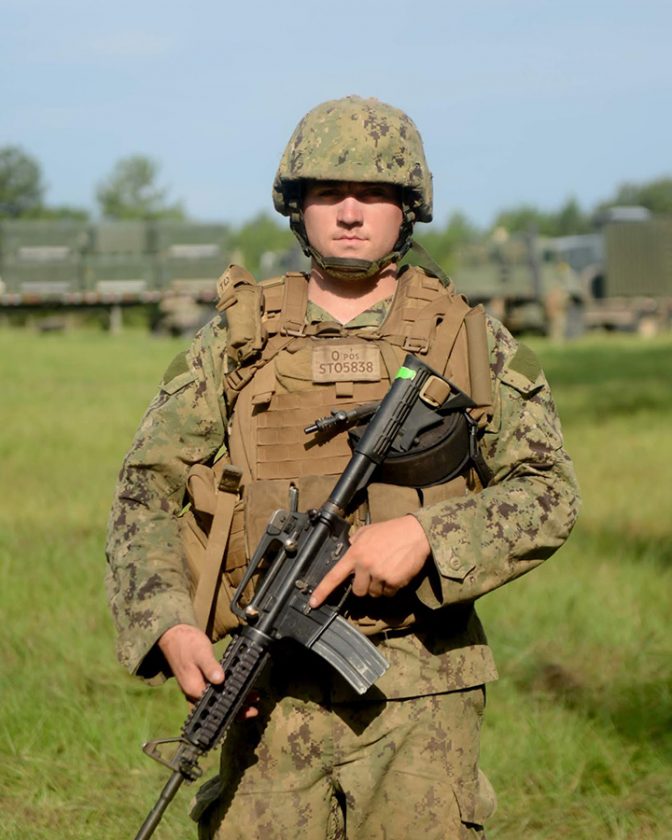 GULFPORT, Mississippi — “We build, we fight” has been the motto of the U. S. Navy’s Construction Force, known as the Seabees, for more than 75 years.

Constructionman Kent Stoinski, a 2016 Alcona High School graduate and native of Lincoln, builds and fights around the world as a member of naval construction battalion center located in Gulfport, Mississippi.

Stoinski credits success in the Navy to many of the lessons learned growing up in Lincoln.

“My home town taught me if you want something, you have to work for it and keep moving forward no matter what gets in your way,” said Stoinski.

Building in austere environments can be a challenge. Fighting in harsh conditions can also be a challenge. Building in austere environments while fighting in harsh conditions takes a special kind of person with a great deal of perseverance and determination. Those are the kinds of people serving here at Gulfport, the home of the Atlantic Fleet Seabees. Those are the people who provide crucial support to Seabee units deployed around the world.

The jobs of many of today’s Seabees remain unchanged since World War II, when the Seabees paved the 10,000-mile road to victory for the allies in the Pacific and in Europe, according to Lara Godbille, director of the U. S. Navy Seabee Museum.

For more than 75 years, Seabees have served in all American conflicts. They have also supported humanitarian efforts using their construction skills to help communities around the world. They aid following earthquakes, hurricanes and other natural disasters.

Stoinski is playing an important part in America’s focus on rebuilding military readiness, strengthening alliances and reforming business practices in support of the National Defense Strategy.

A key element of the Navy the nation needs is tied to the fact that America is a maritime nation, according to Navy officials, and that the nation’s prosperity is tied to the ability to operate freely on the world’s oceans. More than 70% of the Earth’s surface is covered by water, 80% of the world’s population lives close to a coast, and 90% of all global trade by volume travels by sea.

“Our priorities center on people, capabilities and processes, and will be achieved by our focus on speed, value, results and partnerships,” said Secretary of the Navy Richard V. Spencer. “Readiness, lethality and modernization are the requirements driving these priorities.”

Though there are many ways for sailors to earn distinction in their command, community and career, Stoinski is most proud of earning the Seabee Combat Warfare qualification.

“I dedicated countless hours of studying and appreciate everyone who helped me get this far,” said Stoinski.

As a member of one of the U.S. Navy’s most relied-upon assets, Stoinski and other sailors know they are part of a legacy that will last beyond their lifetimes providing the Navy the nation needs.

“I try to live our Navy’s core values of honor, courage and commitment,” added Stoinski.