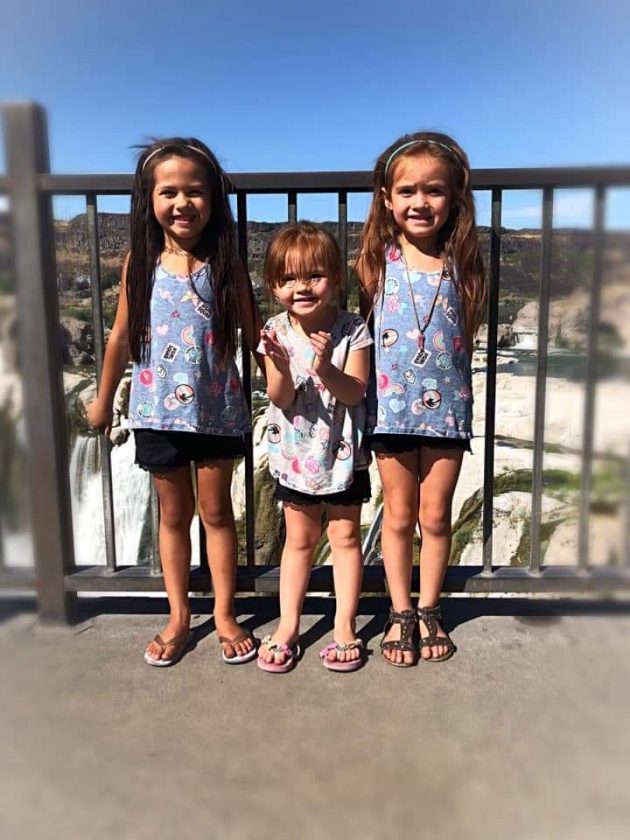 Courtesy Photo Aneena, 6, and Kya Lurak, 5, and Drayka Rayshell, 3, of Ohio, smile happily on Aug. 9, the day before they were killed by a drunk driver.

ALPENA–Three little girls were killed a week ago when a suspected drunk driver behind the wheel of a pickup truck slammed into their car outside a small Ohio city.

Two of the girls, 5 and 6 years old, died at the scene. Their 3-year-old sister died later at the hospital, according to local news reports.

Their father, seriously injured in the crash, has to live without his daughters.

The driver of the pickup was unhurt.

“Those are precious angels. And they’re dead because of drunk driving,” Alpena District Court Judge Thomas LaCross said, his finger thumping a news story photo of the three girls.

Thursday morning, at a driving under the influence sentencing, LaCross handed a defendant a copy of the news story he’d read that morning, the story about Drayka, Aneena, and Kya, three little girls who lost their lives because of someone who chose to get into a driver’s seat after drinking alcohol. Little girls who loved the outdoors, and art, and singing along to “Mamma Mia.”

That news story will be a regular in his courtroom, LaCross said. He intends to hand a copy to each person who comes to court for a drunken driving charge, letting them see, in painful detail, what could happen if they do it again.

Alcohol and marijuana are legal substances that can be used responsibly, LaCross noted.

Four or five new drunk drivers come into his 88th District Court in Alpena every week, LaCross said. At sentencings, he talks about children. About possibilities. About the lives that could be hurt by the decision to drink and drive.

“I don’t want them to be the cause of anybody’s injury or death,” LaCross said. “It would be terrible for them. But, more importantly, I don’t want innocent victims to suffer because of a decision a drunk driver made.”

Most of the time, intoxicated drivers don’t hurt someone. But sometimes, they do, LaCross said, and “the possibilities are grave, grave.”

In 2017, 10,874 people died in alcohol-impaired crashes in America, according to the National Highway Traffic Safety Administration. Of those, 220 were children.

The roads have become a dangerous place, LaCross said.

After each day in court, after sending off offenders whom he knows might offend again, LaCross goes back to his office and looks at photos hanging on his wall, photos of his grandkids.