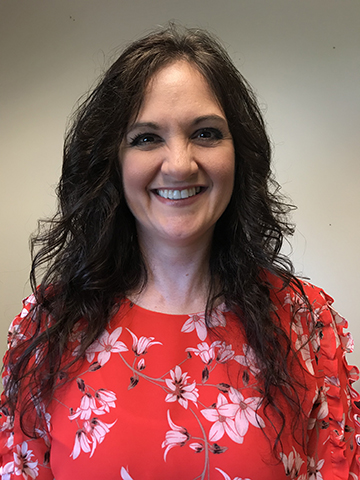 She takes over at APS for Justin Gluesing, who left to take the superintendent’s job at Crawford AuSable School District.

Guy worked as a human resources specialist for nine years for Alpena schools before taking the ACC job. She’s back at APS because of the people who work in the district.

“After spending nine years here at APS, you really get to know the employees, because I did new hire paperwork, I did stuff when they retired, job postings, medical leaves, all that stuff, so you really get to know everybody on some level,” Guy said. “I never dreamed this would open back up, but, when I got the opportunity, I was really excited to come back and reconnect with these people.”

Before Gluesing left, Guy said he encouraged her to take on new challenges. When Guy was given the opportunity to come back to APS, she said Gluesing was supportive.

“I’ve reached out to him several times already and I probably was less apprehensive about coming back knowing I was following Justin, because he was super organized, he had everything laid out, he had wrapped up so many things that I didn’t feel like I was getting thrown into the fire,” Guy said. “It made the decision a lot easier to come back.”

As she gets used to the job, Guy said there are always things to improve, including leadership skills. She said that, in education, things are always changing and never stagnant, so keeping up on everything is important.

“I hope to increase my leadership skills, continue to take on more as I get settled in here,” she said. “Dealing with policy is now one of my duties that I had very little to deal with, so that’s a new thing for me. And being closer with union leadership, because now there’s a closer connection with union leadership, so I’ve really got to build those relationships, too.”

Guy was in the district for VanWagoner’s first year as district superintendent in 2016-17, so she knows what his goals are.

“He’s been very supportive and checking in and making sure I have what I need and filling me in on things,” Guy said of VanWagoner. “It’s kind of hard to come back and be the new kid again. I used to have a handle on everything.”

VanWagoner said Guy has stepped back into the district and made a positive impact right away. He also said that, though she’s in a different role, her knowing the norms of the district helps.

“I’m grateful to be back and given the opportunity and I’m looking forward to what comes from here on out,” Guy said. “It’s exciting.”