Now-legal drug can’t be used in federal forests, or smoked in public 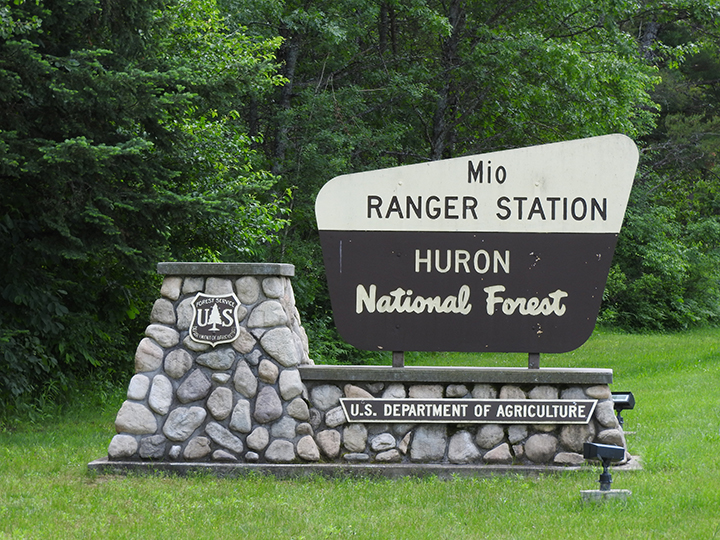 News photo by Crystal Nelson The entrance to the Huron-Manistee National Forest in Mio is seen on Wednesday. The federal forest is one place recreational marijauana is not legal because, though Michigan voters legalized the drug in November, it remains illegal under federal law.

ALPENA — Though recreational marijuana use is legal in Michigan, users of the drug are still expected to follow state and federal laws while traveling through or vacationing in Northeast Michigan this summer.

Though Michigan voters in November changed the law to allow residents to use the drug like alcohol, there are some places in the state where it remains illegal to possess, use or sell marijuana. Federal forests, such as the Huron-Manistee National Forest, are among those places.

Nathan Peeters, spokesman for the U.S. Forest Service, said Michigan’s new law does not supersede federal regulations. Marijuana remains a Schedule I controlled substance under federal law and the possession, use or sale of marijuana on federal land remains punishable.

“At the end of the day, we are a federal agency and we have to implement federal law,” Peeters said. “We want folks to have a safe and enjoyable time in the forest, and that’s why we remind them that marijuana remains illegal in the national forest.”

Federal laws also extend to all lands within the federal forest proclamation boundaries, according to Peeters, including on state highways such as M-72, M-33 and M-65 when they fall within federal forest boundaries. That means travelers on those roads with marijuana could be stopped by park rangers.

“We are obligated as a federal agency to uphold the law,” Peeters said.

John Grimshaw, commander of the Michigan State Police-Alpena Post, said local law enforcement, the MSP, the Michigan Department of Natural Resources or federal park rangers are all able to make traffic stops in the federal forest.

However, Grimshaw said, it would be up to federal officers to charge someone for possessing marijuana on federal land. He said the MSP now deals with marijuana the same as it does alcohol, meaning people cannot drive high, for example.

“It’s been legalized here in the state, so as long as people are following the rules and the laws that were established, then they are fine,” Grimshaw said.

Under the new recreational marijuana law, people must be at least 21 years old to possess or use the drug. Any amount of marijuana over 2.5 ounces, and up to a maximum of 10 ounces, must be stored in a locked container.

Marijauna cannot be smoked in public places or in areas where it’s prohibited by the person who owns, occupies or manages the property.

It is illegal to drive high or smoke marijuana while operating a vehicle, off-road recreational vehicle, or a boat. It is also illegal for marijuana to be smoked by vehicle passengers.

Grimshaw said that, if troopers suspect an individual is driving under the influence of marijuana, they can run them through some of their sobriety tests like they would when pulling someone over for suspected drunk driving.

With the change in the law, troopers are typically issuing citations instead of making arrests, Grimshaw said, generally to individuals younger than 21 who are in possession of marijuana or to individuals who are smoking it in a public place.

Grimshaw also encourages motorists not to smoke marijuana in any form while they’re driving.