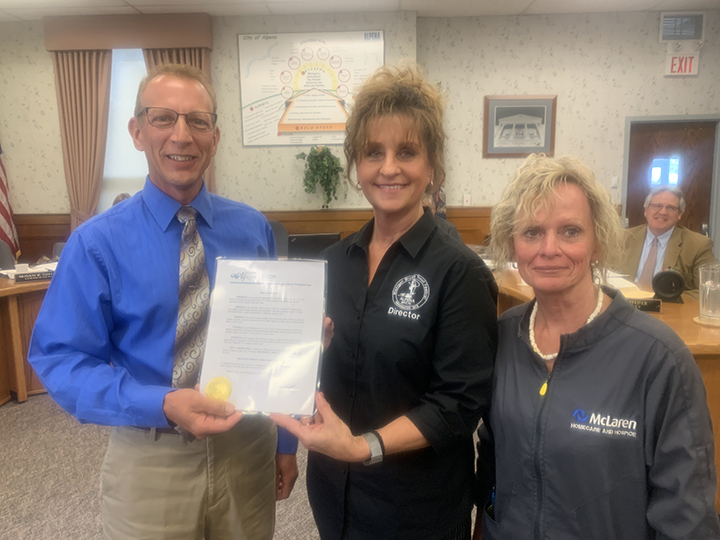 ALPENA — Officials with the Michigan Brown Trout Festival are looking to bolster participation in the festival this year by offering a new category of fishing and bigger prizes.

The largest brown trout caught during the festival will net the winner $2,000, an $800 increase from last year’s purse, and added a division for Atlantic salmon.

“It costs so much to bring the boats here — the fuel, the fishing, the lodging — we understand that,” she said. “So, if we can increase the places every year, that’s our goal. That helps the fishermen and ladies and it makes it more attractive to come fish our tournament.”

Officials also added a division for Atlantic salmon, with a cash prize of $1,200 for the person who catches the largest. Tournament Director Brad MacNeill said the Michigan Department of Natural Resources has been planting Atlantic salmon in Alpena over the course of the past three or four years.

“The Atlantic salmon fishing was really good last year,” he said. “A lot of the brown (trout) fishermen were bringing in Atlantics, so we thought we would give them another category, since we were gettting so many of them.”

MacNeill said he expects the Atlantic salmon fishery will only improve in the future.

The Michigan Brown Trout festival also is once again partnered with Michigan Walleye Tour to hold its second Walleye Extravaganza, with a $10,000 cash prize for the boat that catches the 10 heaviest walleye over a two-day period.

Donakowski describes the Walleye Extravaganza as “a tournament within a tournament” and said officials are expecting the Extravaganza to bring an additional 80 boats into Alpena. Last year, 160 boats — or 355 fishermen and -women — registered for the festival.

MacNeill said the other fishing divisions include lake trout, steelhead, walleye and pink or Chinook salmon. The cash prize for each of the divisions is set at $1,200.

Registration for the festival begins begins at noon Thursday in the boat harbor. More information about the Michigan Brown Trout Festival can be found online at browntroutfestival.com.