When the Japanese honored Americans who fought them 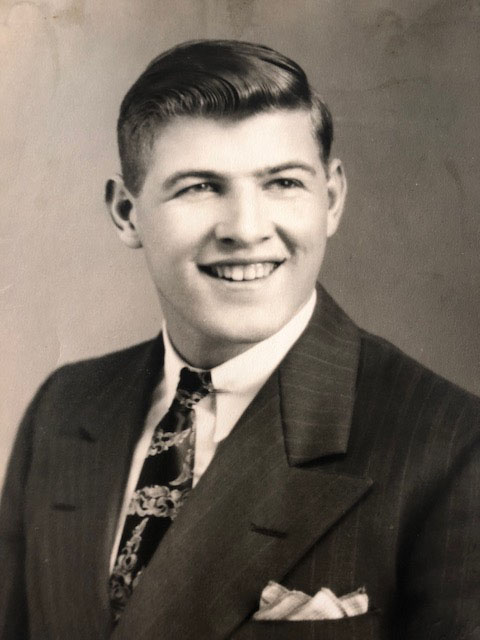 As our country is about to observe Memorial Day, I would like to share a story about a recent trip I took to Japan to visit the memorial site of a cousin of mine, a veteran who was killed during World War II.

It’s also a story of the extraordinary lengths the people in a small Japanese village went to as a way of memorializing 34 American servicemen in 1961 and again in 2015.

The story begins near the end of WWII, on March 10, 1945. Flying through a fierce blizzard and a hundred miles off course, three U.S. B-29 bombers successively crashed into a mountain called Mount Fubo, which is in the Zao Mountain Range in northern Japan. They were en route back to Guam after participating that night in the Great Tokyo Air Raid.

Everyone called him Don. He had left school his senior year to join the Army, shipped overseas on Feb. 9, 1945 with the 19th Bomber Group of the 93rd Squadron, and was a gunner in the second plane that went down.

Having witnessed the explosions, Japanese villagers made an arduous climb to the summit and reverently buried the bodies that were eventually exhumed at the end of the war and returned to the States. Don’s now buried in a national cemetery in Grafton, W. Va., next to his buddy, Charles Magry, another gunner on his plane.

In 1961, Don’s parents, Stanley and Flossie Lutes Sr., received an invitation from Japan to attend a memorial that had been established near the crash site. The mayor of the nearby village of Shiroishi-Zao had requested donations from all over Japan (1 million yen was contributed) to place a monument at the summit of Mount Fubo as a way of honoring the American servicemen. They called it Fubo-no-Hi. The monument has a bronze plaque, 5 feet by 4 feet, embedded on a giant rock with an inscription in Japanese calligraphy and English, which reads:

To the memory of the 34 crewmen of the U.S. Air Force B-29’s, who sacrificed their lives for their country on this mountain on March 10, 1945, and to the everlasting peace of mankind.

While Don’s parents did not go to Japan, The Alpena News published Don’s obituary, as well as a copy of the invitation they had received.

In 2006, I discovered that those newspaper articles had been saved in my family’s photo albums (my parents were June and Austin Lutes, Austin being a nephew of Stanley Lutes Sr.).

I was born on March 9, 1946, almost exactly one year after Don’s death, so my parents named me Donna, after my cousin, and he became my namesake.

Upon doing some research about the crash, including reading a book by Robert F. Dorr called “Mission to Tokyo: The American Airmen Who Took the War to the Heart of Japan,” I began to dream about visiting Don’s memorial.

I contacted Susan Lutes Moffat-Thomas, Don’s niece, and shared the information I’d learned about her uncle. Susan found a website online written by Ken Tokura, coordinator of Australian Cowra Japanese war cemetery, which gave a detailed explanation of the incident on Mount Fubo. I wrote to Mr. Tokura, who wrote back with additional information, providing more of an incentive for me to make the trip.

I began to make travel plans to be accompanied by my husband, Ronald Franzen, and my niece, Kirsten Lutes. She had lived in Japan years ago and had a desire to return for a visit. My niece teaches English to Japanese students, and in 2015 one of her online students sent her a video of an English newscast in Japan, which described the opening ceremony of a Fubo Peace Memorial Park, attended by about 300 people.

Tokura had also written about the Shiroishi-Zao villagers deciding in 2000 that they wanted to have a replica of the 1961 memorial to be placed at the base of Mount Fubo. In addition to constructing the replica, the villagers went on to develop an entire World Peace Park, beginning with cenotaphs for each of the 34 Americans, engraved in English and Japanese with the serviceman’s name, age, role in the bomber, rank, and the plane he was on. In addition to the private memorials, they also built four huge stone monuments with messages of friendship and peace from both United States and Japan. One includes a quote from Caroline Kennedy, who was U.S. Ambassador to Japan at that time. One lists the names of all 34 Americans. Another is a long epitaph describing the history and purpose of the park, and yet another shows a map where each of the planes crashed on the mountain. There are also six stones commemorating the planting of approximately 3,000 Japanese mountain cherry and American dogwood trees at the park.

To commemorate the 70th anniversary of the end of WW II, on Aug. 2, 2015, Shiroishi-Zao residents dedicated the Fubo Peace Memorial Park in memory of the 34 American servicemen and the 50 million people from around the world, including Japan, who died in the clashes during WWII.

At the opening ceremony, American and Japanese officials thanked the villagers for their humanity and stressed the friendship and peace that now exists between the two people who were once enemies.

After spending time in Kyoto and other Japanese cities with my niece, my husband and I took a two-hour train ride from Tokyo north to the village of Shiroishi-Zao. While we were not able to climb to the summit of Mount Fubo to visit the original memorial, because there was still too much snow on the mountain in April, we managed to hire a taxi that took us on a 30-mile drive into the remote hillsides.

At the base of Mount Fubo, we finally arrived at the Fubo Peace Memorial Park.

Among the 34 memorial cenotaphs in the park, closest to the base of Mount Fubo, I was thrilled to find Don’s stone. I had brought a photo of Don and an American flag, both of which my husband and I placed there. As I looked at the size and scope of the park, it made me realize and marvel at the great respect and brotherhood the Japanese extended to our American servicemen.

In reading one of the epitaphs, I learned that Fubo, in the Japanese language, means “unforgettable.”

And so, by my visit, I was able to let Don know that his family has not forgotten him.