UPDATED: Woman dies after falling through ice at Long Lake 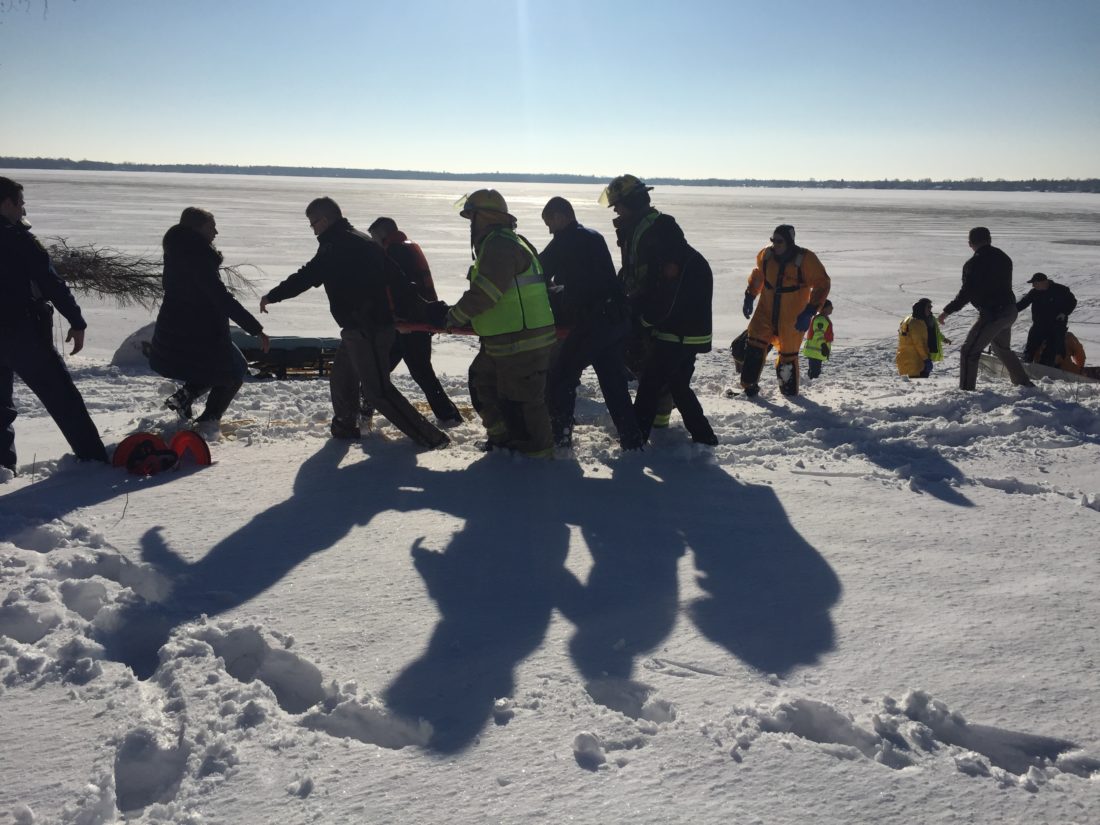 News Photo by Julie Riddle Crews rescue a man and a woman who fell through the ice on Long Lake this morning.

ALPENA TOWNSHIP — A woman was pronounced dead after her snowmobile fell through the ice on Long Lake Friday morning.

Lynne Bever, 60, of Linwood, called Alpena dispatch at about 10:30 a.m. to request help escaping the water. First responders from the Alpena County Sheriff’s Office, Alpena Township Fire Department and the Michigan State Police worked to rescue the woman, as well as her boyfriend, whose snowmobile also fell through the ice as he tried to come to her aid. The man was pulled from the water quickly and made it to shore under his own power.

Responders were able to reach Bever but were unable to pull her from the water. They rendered aid until East Grand Lake Fire Department arrived with their air boat, when Bever was pulled from the water and CPR was begun.

Bever was taken by ambulance to the Mid-Michigan Medical Center-Alpena, where she was pronounced dead. The Alpena Medical Examiner and doctors from the hospital determined the cause of her death to be drowning.

Alpena City Fire and Rescue and the Michigan Department of Natural Resources also assisted with the rescues.

Check back for updates