Now healthy, the cast is back for ‘Virginia Woolf’ at ACT 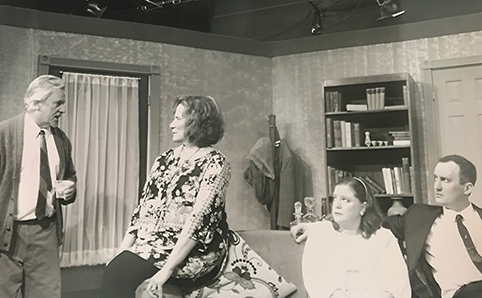 Courtesy Photo This little cast isn’t afraid. Are you? “Who’s Afraid of Virginia Woolf?” is back for one weekend only, July 18 to 21, at Alpena Civic Theatre, after being canceled earlier this year because of sickness that worked its way through the cast. Pictured above, from left to right, are Bill Powell, Carol Rundell, Jessica Luther and Andrew MacNeill.

Like the Little Engine That Could, this little cast just won’t stop trying. And this time, they hope to succeed with “Who’s Afraid of Virginia Woolf?” at Alpena Civic Theatre.

Originally slated for a regular January run, the show was first postponed a week, then cut down to one weekend only, then canceled entirely because of illness working its way through the cast.

Now healthy, the four-member cast is giving it another go, for one weekend only, July 18 to 21. Thursday through Saturday shows are at 7:30 p.m., and a 2 p.m. Sunday matinee.

“We’re calling this ‘Part II: The Cast That Wouldn’t Die,'” Powell said with a chuckle. “I rather like it. We’re rising from the ashes.”

The original lead actor was Matt Southwell, who is now directing this play, which has been co-directed by several others, including Jackie Herbert.

“I think we’ve had a half-dozen directors,” said Powell, who was one of the original directors before he took over for Southwell as lead actor.

Donna Reinke originally took on the task of directing this production, but health issues had her pass the baton to Julie Meyers. Meyers then passed on duties to Powell because she was already directing another show at the same time. Powell then took on the role of George, so Herbert was then directing with help from Meyers and Jay Kettler.

Powell noted that when the show was originally canceled, the Associated Press picked up the story, which appeared in newspapers in Detroit and even San Francisco. He found that amusing that they would feature a little community theater from Alpena.

The four-person cast has been re-rehearsing over the past few weeks, since there are a lot of lines in this Edward Albee play.

“This is definitely dialogue-heavy,” Powell said. “It does take a little while to brush up and rehearse the lines again.”

This play has mature themes and adult language, so it is recommended for ages 16 and older.

“This is a marvelous play,” Powell said in an interview prior to the original production date. “It’s an amazing piece of writing. It’s incredibly powerful. It is a drama; some people refer to it as a dark comedy, because it does have definite comedic elements to it.”

Joining Powell onstage are Rundell as George’s wife Martha, MacNeill as Nick, and Luther as his wife Honey.

“Overall, it’s a fascinating drama about the lives of these couples, primarily the older couple, George and Martha, and the evolution that happens,” Powell added. “You get the idea that they were probably once in love, or thought they were, and then the relationship as they have grown, has become more challenging.”

“A college professor and his wife invite a younger academic and his wife over for drinks after a late-night party, leading to an evening of sadistic games, attempted seductions and shattering revelations,” a press release describes the Tony-award-winning drama by Albee.

“The character of Martha is really fascinating,” Powell noted. “You kind of wonder, she’s either bipolar or she’s somehow been affected by her relationship with her dad, possibly.”

He said the contrast between George and Martha’s personalities is captivating.

“George is rather meek,” Powell said. “He, for the most part, seems dominated by Martha’s personality.”

Powell looks forward to finally presenting this play to the community.

“It’s been an interesting run, and we’re really excited about bringing it back,” Powell said.

He said they are hoping for a good turnout, since there are normally no summer shows.

“We usually kind of shut down in the summertime,” Powell said.

“We would really like to get more productions going in the summer,” Rundell said.

They added that it’s difficult to get enough volunteers, especially in the summer months, when people are on vacation.

“We would love to have more retirees,” he added.

Actors and volunteers of all ages are welcome and encouraged to contact ACT at 989-354-3624. 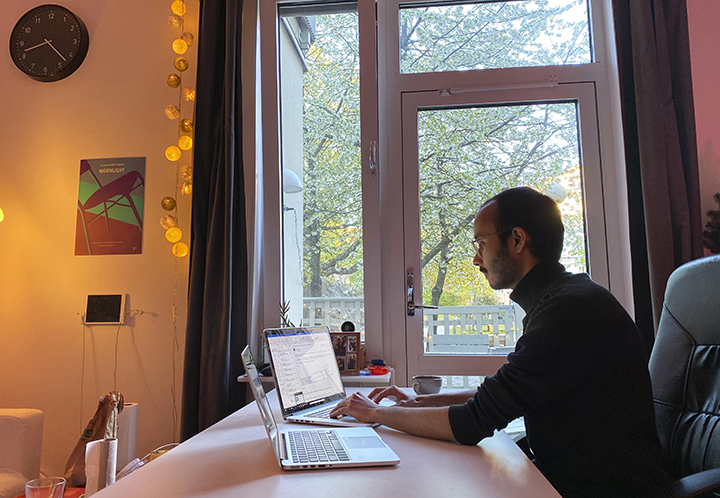 The Community Foundation for Northeast Michigan (CFNEM) is accepting grant applications for the summer 2020 grant ... 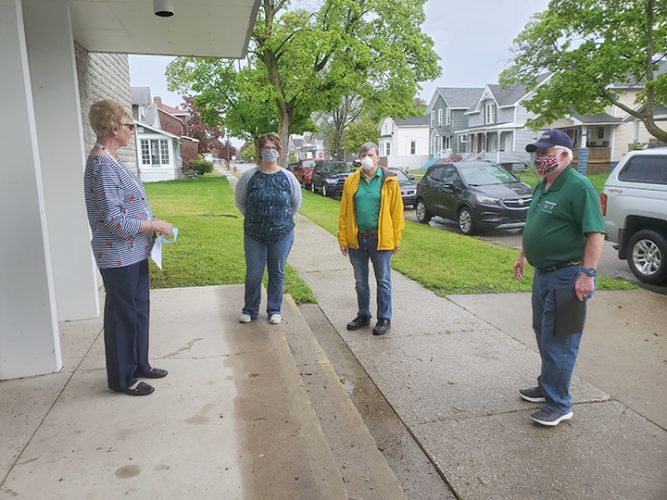 Longbeards meeting canceled The Alpena Longbeards will not have their monthly meeting on Tuesday due to the ... 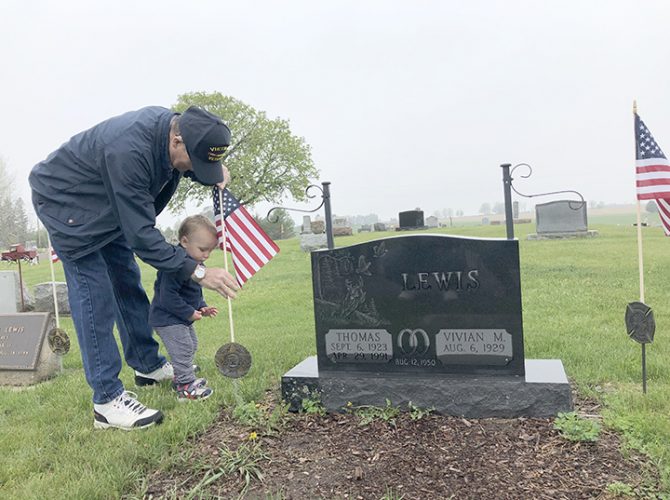