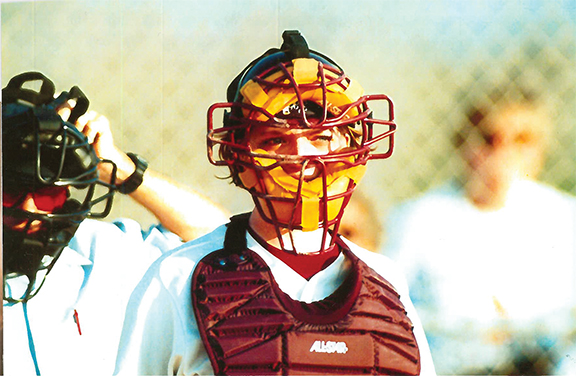 Courtesy Photo No matter what team she played on, Shannon (Domrase) Woloszyk made an impact. From being named an all-star in youth softball to starring for Alpena High School to going on to play at Alma College, Woloszyk’s skill and passion for the game was undeniable. She’ll be inducted into the Alpena Sports Hall of Fame next month as part of the Class of 2019.

As far back as she can remember, Shannon (Domrase) Woloszyk was always playing ball.

“From when I was a young girl starting out to playing ball with my sister and brothers in our backyard, I played with all my heart,” Woloszyk said. “I played for the love the game; I could never get enough of it.”

Woloszyk’s passion for softball took her from Alpena’s youth fields to starring at Alpena High School to being part of a record-setting team at Alma College and she made an impact on every team she played on.

After a standout career, Woloszyk will take her place among the area’s all-time best athletes when she is inducted into the Alpena Sports Hall of Fame as part of its Class of 2019.

She will be inducted along with Terry Thomas and Tom Lavoie, James Hubert, Bob Kelley, Eric Puls and Bruce Vanderwall during the 37th annual banquet on Aug. 8 at the APlex. 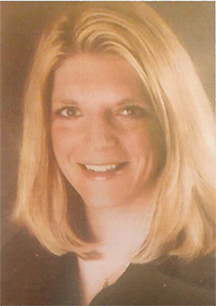 “It’s a pretty huge honor I think. There’s a lot of greats in there, a lot of talent in the Alpena area that can be in there too (in the future),” Woloszyk said.

Growing up, Woloszyk was always playing ball and working to improve her game. She spent hours playing catch, bouncing balls off her family’s barn roof to practice catching fly balls and working on hitting fundamentals.

Under the tutelage of Mike Wisniewski and Glenn Jore, Woloszyk discovered her love of catching while playing for Alpena’s JV team, which went 29-0 in Woloszyk’s freshman year.

Her strong skills behind the plate and at the plate made Woloszyk an easy varsity call-up as a sophomote and she immediately distinguished herself, becoming the Widcats’ starting catcher.

Her strong throwing arm and ability to hit for power made Woloszyk an important part of Alpena’s lineup. She earned several awards, including including team MVP, Most Valuable Offensive Player and a coaches award.

“When I first started playing ball, I tried out at catcher and I loved it. Ever since then, that’s where I was (in the lineup),” Woloszyk said. “I batted left and threw right; I had a lot of power, but I was a pull hitter and pulled the ball a lot.”

Griffin came up to Alpena to watch Woloszyk in action and eventually recruited her to play for the Scots. Despite breaking her nose during a tournament early in her senior year, Woloszyk returned late in the season to help the Wildcats in district play.

At Alma, Woloszyk felt right at home and joined a team on the rise under Griffin, who has won more than 800 games since he began coaching the Scots in 1989.

During the 1994 season–Woloszyk’s freshman year–the Scots put together their best season in program history. Alma went 36-8, a mark that not only set a new program record for wins, but still ranks as one of the program’s best seasons ever.

Though she wasn’t a starter, Woloszyk gained valuable experience warming up pitchers and catching during practices. She eventually became the team’s starting catcher as a sophomore.

“As a freshman you go from (being the) starting catcher to coming up and trying to find a place on a college team,” Woloszyk said. “I worked hard because I wanted that spot. It was an awesome experience and catching was an everyday thing.”

The 1994 Scots also became the first team in program history to reach the Division III NCAA Tournament after winning the MIAA league championship and tournament title. Alma went 3-2 in NCAA Tournament play, winning a regional title before bowing out at nationals.

Woloszyk and other members of the 1994 team were recognized for their achievement and the team was inducted into Alma’s College Athletic Hall of Fame in 2013.

It’s been many years since Woloszyk starred on the diamond, but she’s been told for several years by community members that she should be a Hall of Famer.

In just a few weeks, she’ll be able to add that honor to an already solid athletic resume.

“This has been quite an honor for me,” Woloszyk said. “I’m humbled with it all.”

Courtesy Photo No matter what team she played on, Shannon (Domrase) Woloszyk made an impact. From being named an all-star in youth softball to starring for Alpena High School to going on to play at Alma College, Woloszyk’s skill and passion for the game was undeniable. She’ll be inducted into the Alpena Sports Hall of Fame next month as part of the Class of 2019.