Continuing to grow as a team 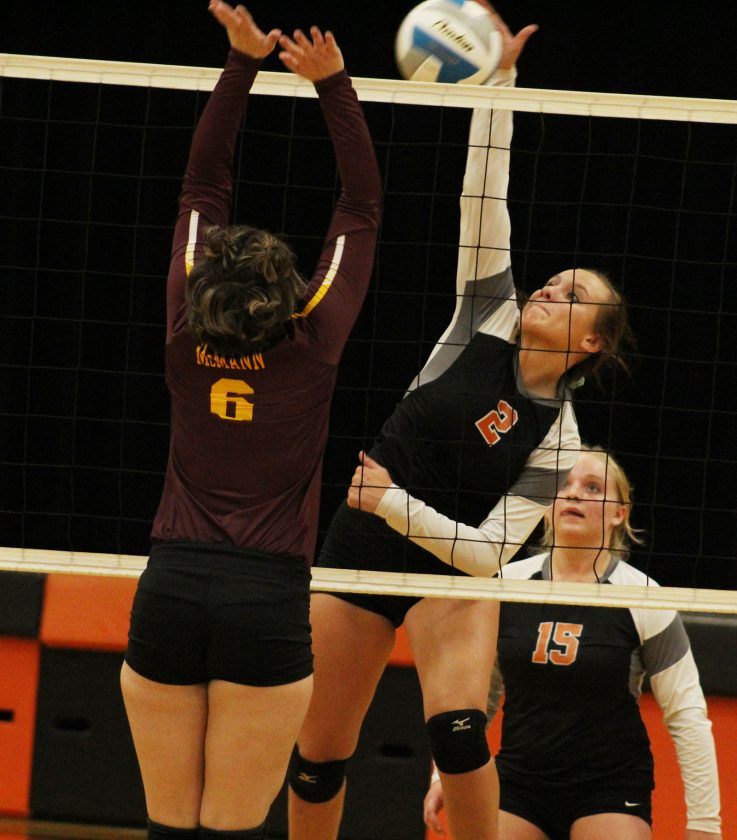 The Hurons achieved their goals and looked solid doing so as they swept the Wolverines by scores of 25-18, 25-15 and 25-20 at Rogers City High School.

“Overall we had great team focus. The girls had set some goals and were striving to achieve them,” Rogers City coach Erin Brege said. “It was great to see because sometimes I think it’s so easy to just be independent and have some of those individual goals, but this group has a lot of team goals and focus. It was especially nice to see them follow through on those goals tonight.”

The Hurons looked sluggish at first in the opening set and trailed 11-6 before gaining momentum in the first set and in the match as Rogers City scored 14 unanswered points behind some strong serving from Jeffra Dittmar as the Hurons built a 20-11 lead and coasted to an early lead in the match.

“A lot of the momentum we gained was because of our serving. It can make or break a game,” Brege said. “Those runs just get to be exciting especially when we have girls ripping out aces like they were tonight.”

Dittmar, Kyrsten Altman and Brooke Saile combined to serve up a combined 13 aces on the night. Altman led the way with six, Dittmar finished with four and Saile added three.

Rogers City carried the momentum it gain in the first set, right into set number two as the Hurons jumped out to a 16-5 lead and coasted to another victory and took a commanding lead in the match.

Au Gres kept the third set much closer and held a 17-15 lead late in the set, before Erin Brege called a timeout to allow her team to regroup.

The Hurons responded with seven straight points behind timely serving from Altman and Rogers City grabbed a 22-17 lead and held on to win the match, sweeping the Wolverines.