The hunt for hardware begins 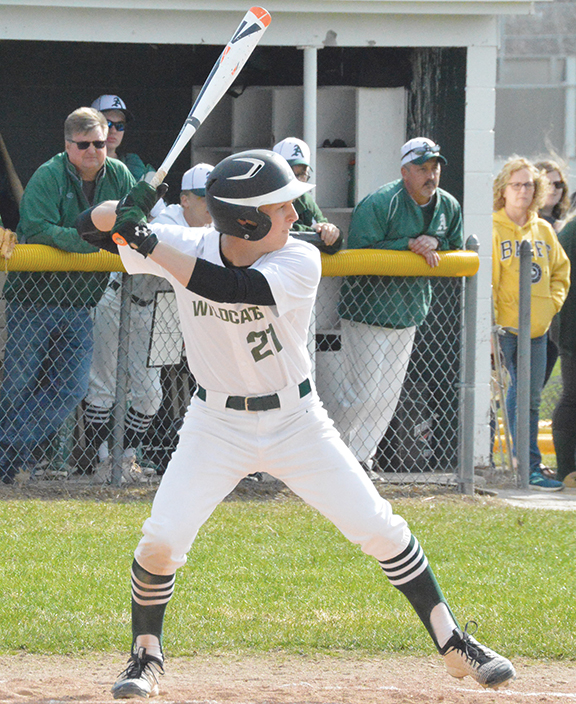 With all of the confidence and talent that many of the area baseball teams possess, district tournament over the next few days should see a lot of competitive games.

Teams such as Alpena, Hillman, Alcona and Rogers City are looking to avenge previous district defeats, while teams like Mio and Onaway hope history repeats itself as they look to defend their district titles.

The Alpena baseball team has been waiting for this moment and is hoping to make the most of it.

This year’s group of senior laden Wildcats is confident heading into district play on Saturday and hopes to avoid what would be a major letdown after winning a Big North Conference championship this season.

Out of the 15 players on Alpena’s roster, 11 are seniors and all play an important role on an experienced, loaded team.

The one luxury the Wildcats have that could propel them to a deep run in the postseason is the one-two punch on the pitchers mound. Senior Bruz Copping and junior Keegan Spomer have been two of best pitchers in the conference this season and both have the ability to carry Alpena.

The two teams split the regular season doubleheader, but Alpena is confident going in and feels it’s are the team to beat in the district.

“We are confident. We have beaten all the teams in our district and I think we’re coming in with the right attitude. We know that first game is going to pretty evenly matched, but we just need to make sure we play clean baseball and if we do that we should be okay,” Alpena coach Phil Schultz said. ” Winning this district would just be a feather in the cap. We won the BNC and winning a district in the same season would be a big accomplishment. You never get this many seniors on one team and this group has played in a lot of big games throughout their careers and to end with a district title would be special.”

The Wildcats enter with a senior group that has enjoyed its share of success, especially this season with many members of this baseball team also competing in big games on the basketball court and on the ice in hockey.

Alpena will depend on pitching from Copping and Spomer along with a potent lineup that features leadoff hitter Aidan Goike and the steady bats of Kyle VanDusen, Chris DeRocher, Alex Cosbitt and Clay and Colin Donajkowski to hoist a Division 1 district championship.

If Alpena advances, the Wildcats will wait and play either Traverse City West or Gaylord in the title game at 2:30 p.m.

In Division 4, Hillman is confident it can return back to the top of the mountain after coming up short in recent years.

The Tigers were shut down in last year’s district title game by Onaway’s Trevor Wregglesworth.

This year, Hillman will not have to worry about Wregglesworth as he graduated last year and Onaway is in a different district. Instead, the Tigers open district play with a semifinal game against Atlanta in Atlanta at noon on Saturday.

Hillman will have the luxury of possibly saving a pitcher or two against the Huskies, a team that Hillman has had little trouble with in recent years.

Depending on what the Tigers decide to do, it is likely that Kory Henigan and Nic Taratuta will each see time on the mound in Hillman’s quest for a district championship.

The Tigers will need strong pitching and execution in district play.

Offensively, the Tigers hope to get production out of a lineup led by Gage and Nash Steinke. Along with the Steinke brothers, Henigan, Taratuta, Cam Koenig, Fisher Linseman and Brady Firman will look to produce for the Tigers.

If the Tigers are victorious in their semifinal matchup, they will play either Joburg or Rogers City who start the day off with a game at 10 a.m. on Saturday.

The Hurons have potential to make some noise in the postseason with their ability to hit the ball.

The Hurons will hit and put the ball in play, hoping to use offense to backup its pitchers. Rogers City will rely on Kaleb Budnik, Michael Karsten, Austin Cook, Caleb Bade and both Lewis and Jaylen Fleming among others to keep the Hurons rolling offensively and provide them with a chance to win a district championship on Saturday.

Onaway will look to make it back-to-back years winning a district title, but will have to do so in a different district and without Wregglesworth.

The Cardinals play Boyne Falls at noon on Saturday at Gaylord St. Mary High School and the winning of that semifinal matchup will play either Wolverine or St. Mary in the championship game at 2 p.m.

Alcona defeated Hale in Tuesday’s PreDistrict contest and advanced to Saturday’s 10 a.m. game where they will meet the district host Mio Thunderbolts in a rematch of last years district championship game.

Alcona will look to avenge last year’s loss to the Thunderbolts and advance to the district championship game at 2 p.m. against the winner of Au Gres and Whittemore-Prescott.