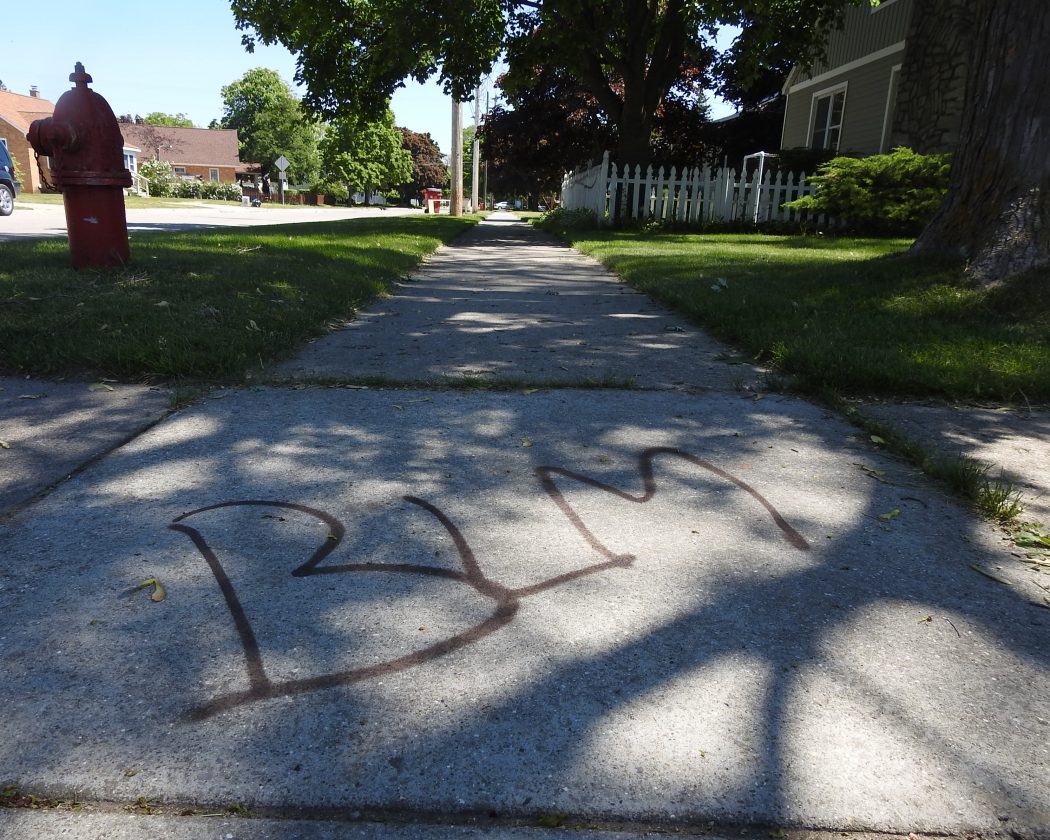 ALPENA — Police say they know who spray-painted “BLM” and other graffiti on city and personal property near Ella White Elementary School in Alpena last week.

Three 12-year-old sixth-graders were identified through a tip to police as the source of the brown lettering that marred sidewalks, vehicles, and other personal property along 4th Avenue in the early morning hours of June 16. Police did not release the names of the accused vandals.

Words were also spray-painted along the east exterior wall of the Ella White campus.

“As you can imagine, the parents are not real happy with their 12-year-olds,” said Lt. Eric Hamp of the Alpena Police Department.

The incident is still under investigation, but a report requesting charges will be submitted to the county prosecutor soon, Hamp said.

The prosecutor may decide to authorize a petition that will move the girls into family court, where a referee will decide on their punishment. Restitution will likely be required, Hamp said.

The incident will become part of the youths’ records but can eventually be expunged, he explained.

“We hope that, going forward, they’re going to make better decisions,” Hamp said. “Something like this shouldn’t be something that’s going to ruin them from having a successful career because they had some hiccups when they were 12 years old.”