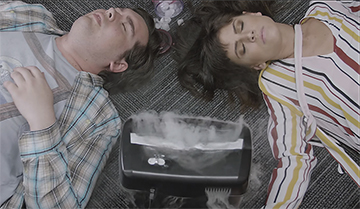 Courtesy Photo A photo depicting the feature film “Body Swap” directed by Timothy Morton, which will premiere at 8:30 p.m. Saturday at Alpena Civic Theatre during the Sunrise 45 Film Festival.

ALPENA — From a black-and-white silent film to a murder mystery to romantic comedy, horror and Godzilla himself, the 3rd Annual Sunrise 45 Film Festival is sure to please all kinds of entertainment seekers.

The festival opens today and runs through Sunday, featuring nearly 45 films, both short and feature-length.

A filmmakers’ welcome reception was held Thursday evening at Art in the Loft, with hors d’oeuvres, a cash bar and live music by Randy Bouchard.

Filmmakers have traveled from all over the U.S. and some other countries to participate in the festival.

“This is the first time I’ve been to Michigan,” said Jimmy Kustes. 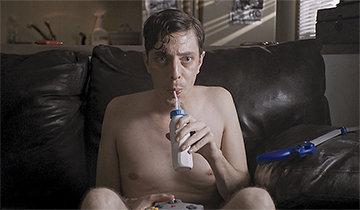 The writer/producer/lead actor hails from Louisville, Ky., where “Body Swap” was filmed. It will premiere at 8:30 p.m. Saturday at the Alpena Civic Theatre, the venue for the festival. “Body Swap” is directed by Timothy Morton.

The movie will be shown at four upcoming festivals, starting in Alpena.

“Sunrise 45 is the first place it’ll be seen by the public,” Kustes said.

The film is a romantic comedy, with some sci-fi and fantasy elements.

“I play a high-strung business woman in a fat slob’s body,” Kustes explained, noting that he plays two characters because that’s how body-swapping works.

He lost weight for the role, coming back two months later to finish filming in a slimmer body.

Kustes said he’s seen a lot of body swapping films and the idea of the high-powered business person dating the slacker, but “I’ve never seen the two ideas put together, so I thought it was interesting. I think it’s something audiences will enjoy.”

A description of “Body Swap” from the Sunrise 45 Film Festival website states, “CJ is a high-strung business woman working at the Versa Corporation on the biggest deal in her company’s history. Casey is a laid-back slacker who mooches off his brother Roy. When Casey goes into an interview at Versa only to qualify for unemployment benefits, he winds up switching places with her. Now he must contend with her frienemy Lisa while she has to woo an Italian girl Casey’s been flirting with. They both find out the true meaning of love: loving yourself, making the other person better, and two people becoming one. Quite literally.”

For a full lineup of films and photos, visit www.sunrise45.org. Film descriptions are from the aformentioned website.

The festival is presented by Thunder Bay Film Society.

This year’s films are listed briefly below, all shown at Alpena Civic Theatre, 401 River St. After-party events and awards are listed here as well.

“When a group of cavern tour guides hear an old tale of a sacrificial cult performing rituals in the cave, they sneak down into the restricted areas to find out more. ‘Beneath – A Cave Horror Film’ is the first ever film allowed production inside Inner Space Cavern. Many well known filmmakers, including Robert Rodriquez, have tried to gain access, but were all denied due to the protection of the cave. ‘Beneath’ was allowed production, only due to the fact that every cast and crew member is an employee of the cavern and have all gained the trust from the management. The cast used their tour guide performing skills and incorporated it into their acting, although this was their first acting job.”

“Jane is a bright young woman who longs for, but always feared change. Following the sudden murder of her fiance, she quickly finds herself caught in a web of manipulation and dark plot created by a successful bar owner and his estranged wife, both of whom claim to know about the truth of her fiance’s murder and try to persuade Jane to believe their side of the story. The detective leading the case is a long-time friend of Jane’s. His good heart and belief in ‘innocence until proven guilty’ leaves Jane questioning if he is capable of bringing actual justice to this very personal case. When the facts surrounding the murder fail to match the explanations put forth, Jane is forced to rely on her own judgment to piece the puzzle together and come to a resolution that brings her peace.”

“With the impending Y2K apocalypse fast approaching, Abbie is faced with the ultimate challenge — the unbeatable level 256 on Pac-Man — and he can’t get off the couch until he conquers it. A survival story set in a living room.”

According to Michigan State University Film Studies, “Potrykus is a Michigan-based screenwriter and director, hailed by The AV Club as ‘one of the most interesting and unusual new voices in American independent film.’ His work has screened at the Lincoln Center for the Arts, the Egyptian Theatre in Los Angeles, Cinematheque Francaise in Paris, and the Munich Film Museum. His most recent feature films, ‘The Alchemist Cookbook’ (2016) and ‘Relaxer’ (2018), premiered at the SXSW Film Festival and were produced by Oscilloscope Laboratories, a company founded by Adam Yauch of the Beastie Boys. ‘Relaxer’ recently won Best Actor at the Fantasia Film Festival.

Courtesy Photo A photo depicting the feature film “Body Swap” directed by Timothy Morton, which will premiere at 8:30 p.m. Saturday at Alpena Civic Theatre during the Sunrise 45 Film Festival.

A free country gospel concert with The Kirchoff Brothers is at 7 p.m. Saturday at Spratt United Methodist ...

There is tremendous interest in our culture about aging as something that can be bent toward being great. Recent ... 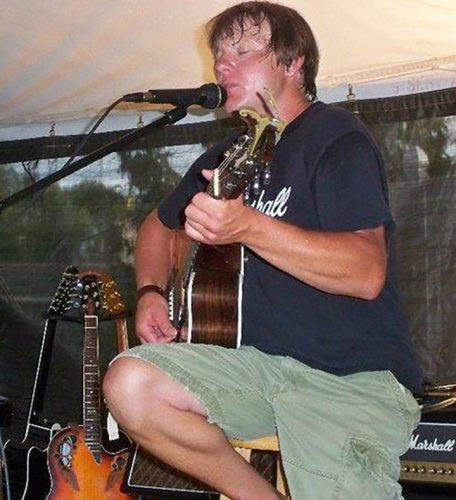 Trinity Episcopal Church in Alpena invites families and the public to join them for Messy Church on Thursday, Feb. ... 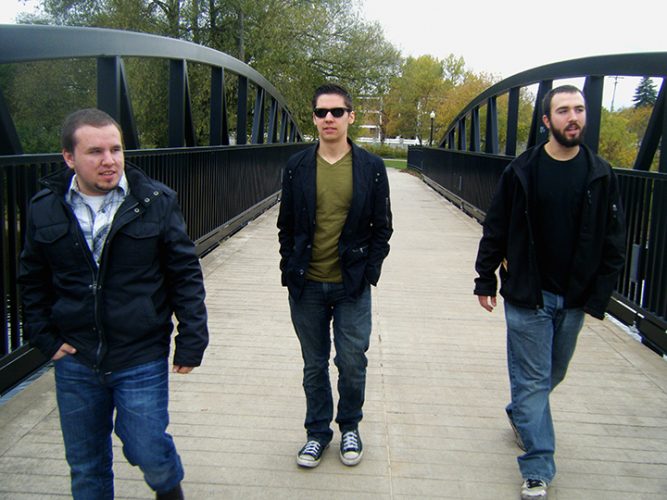 The public is invited to the Alpena Area Ecumenical Worship Service tonight to celebrate the “Week of Prayer for ...